North Shore with our Girls

Another beautiful spring day and we were off to explore the Massachusetts’ north shore.

We started our adventures in Manchester By The Sea.. a cute little beach town that even has a movie named after it (one I’ve yet to actually watch). Since the pups were going a little stir crazy after an hour long drive, we headed straight to the beach. When we arrived, we saw a sign that said dogs weren’t allowed on the beach after April 15th.. we missed it by 10 days! But, since there were a few other dogs playing on the beach with their people, we decided to be rebels and go for it! 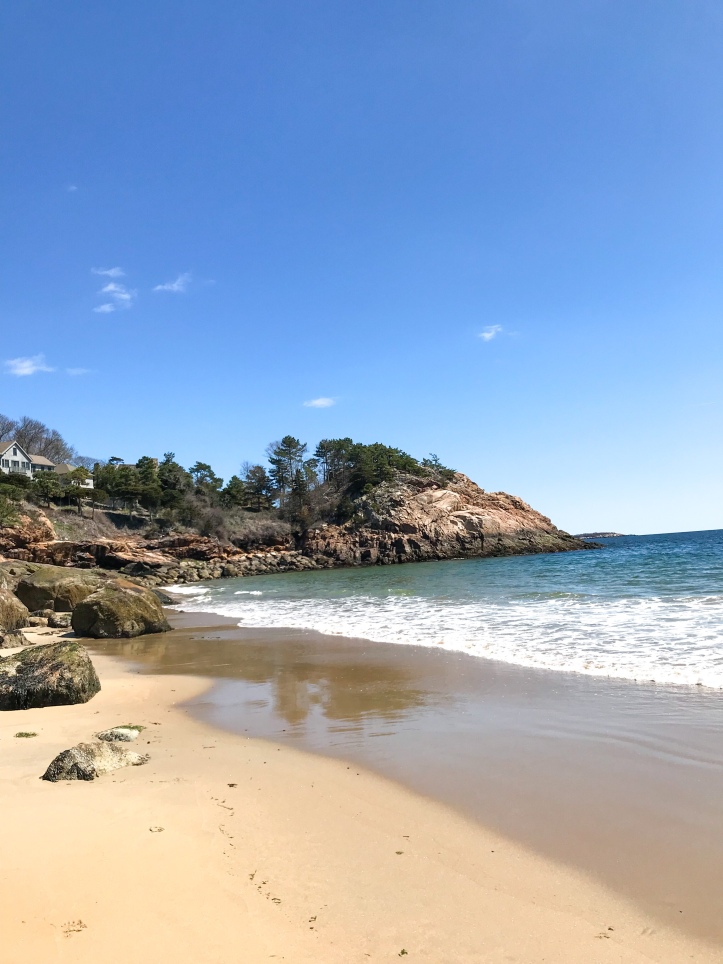 Wouldn’t you know, some old grumpy lady had to mention to us that our dogs were not allowed on the beach anymore (thanks, we can read). Again, people were already on the beach with their dogs so we decided to ignore her and she proceeded to yell after us that she was “going to call the officer on us” for bringing the dogs out! Apparently she has nothing better to do because she actually called the police on us! Unbelievable! It was a chilly Thursday morning in April and our dogs weren’t bothering anyone.. I don’t think that was necessary. So the police came and were very nice to us and we left. Lame. 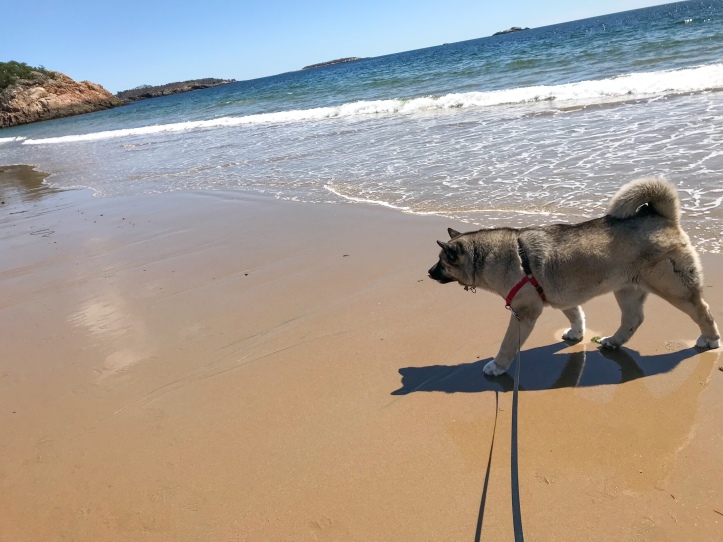 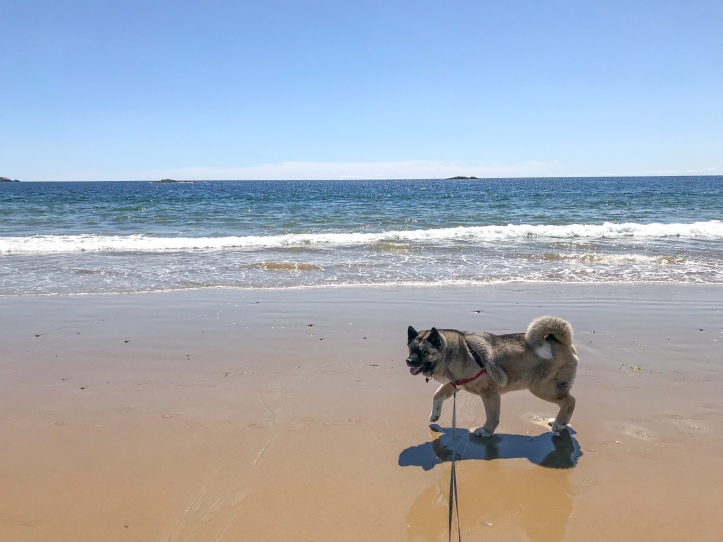 But we were able to enjoy this beautiful beach for probably 15 minutes before we got kicked out! Riley spent the time being her usual feisty self trying to get a rise out of Mya!

And then running away as fast as she can!

And again.. so fresh! 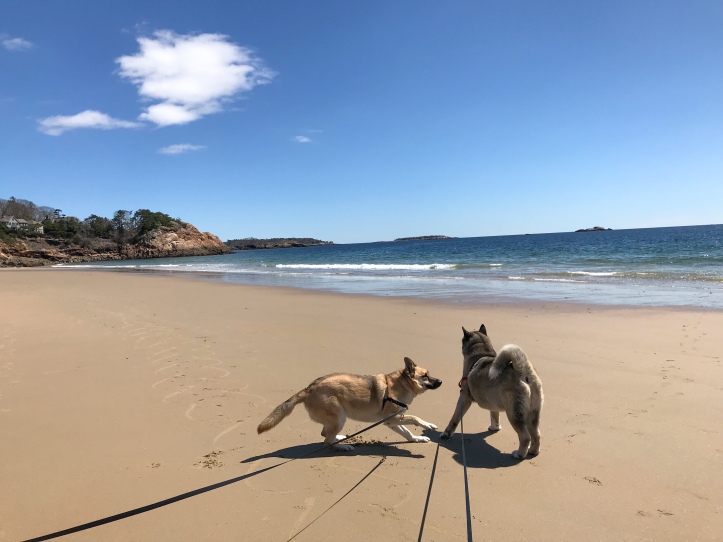 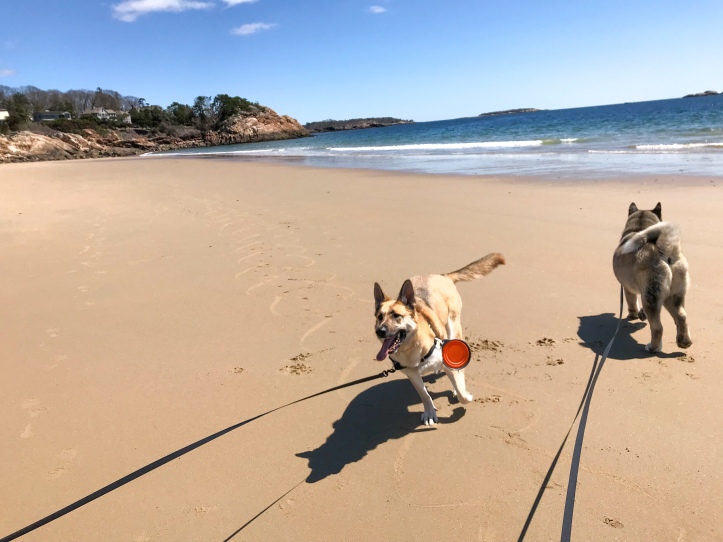 Since we were already in the North Shore, we did some quick research and found that Wingaersheek Beach in Gloucester allowed dogs until May 1, so we headed there. It was the best spot! There were probably 30 other dogs running around, in and out of the ocean, and having the time of their lives. We had so much fun running around with our girls and watching them all interact and play. 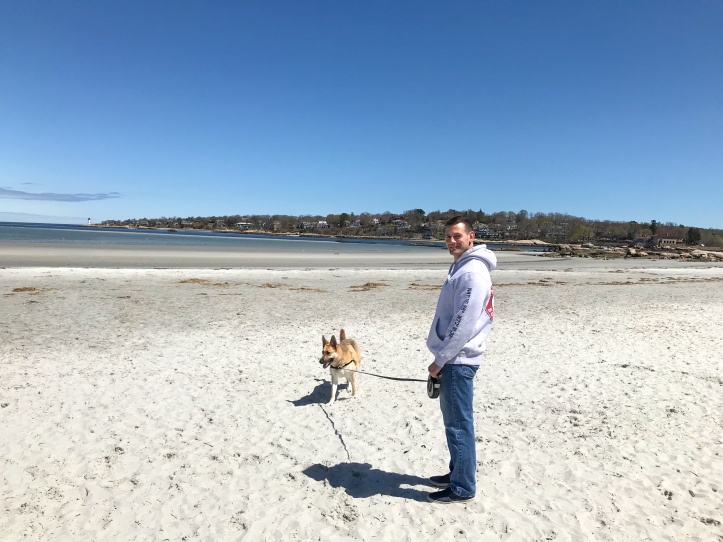 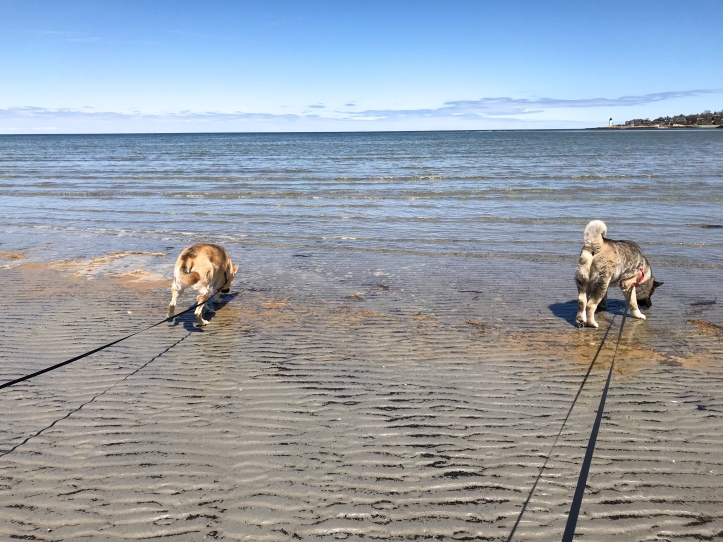 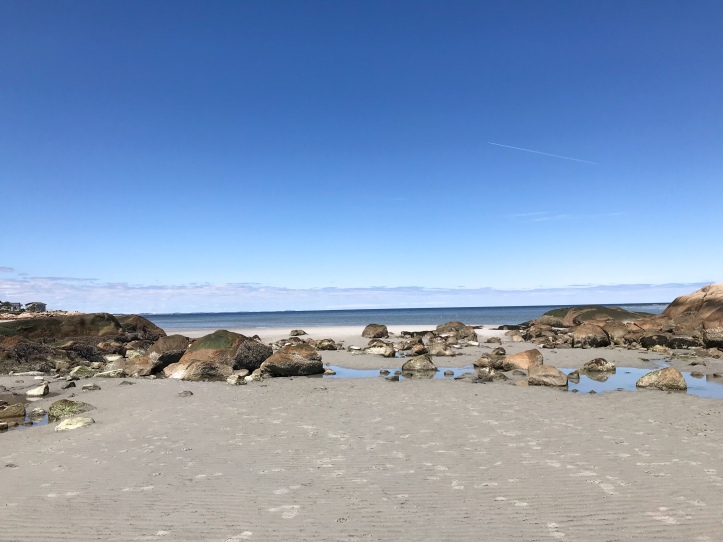 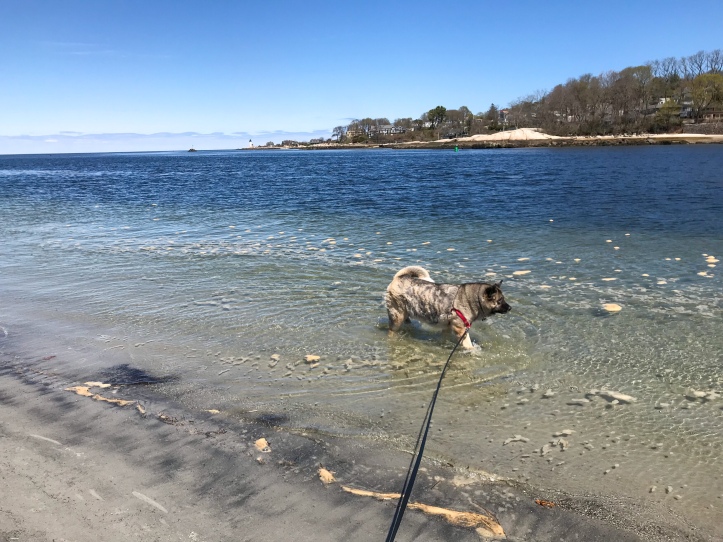 All this beach play made us hungry.. we started with a quick stop at the candy store, obviously.

And then headed to a cute little Italian café and market in Danvers called Daniella’s for lunch. They even had an outdoor patio for us to bring the dogs while we ate chicken parm subs and sipped on a glass of wine!

It was a perfect day and I can’t wait to head back to Manchester By The Sea (and hope to never see that woman again) and Gloucester!