Last week, my family lost someone we all loved so very much… My Uncle Joe died tragically in a swimming accident. Although this past week has been difficult, my family spent hours and hours sharing Joe stories and drinking Budweiser in memory of him. He will be forever missed. 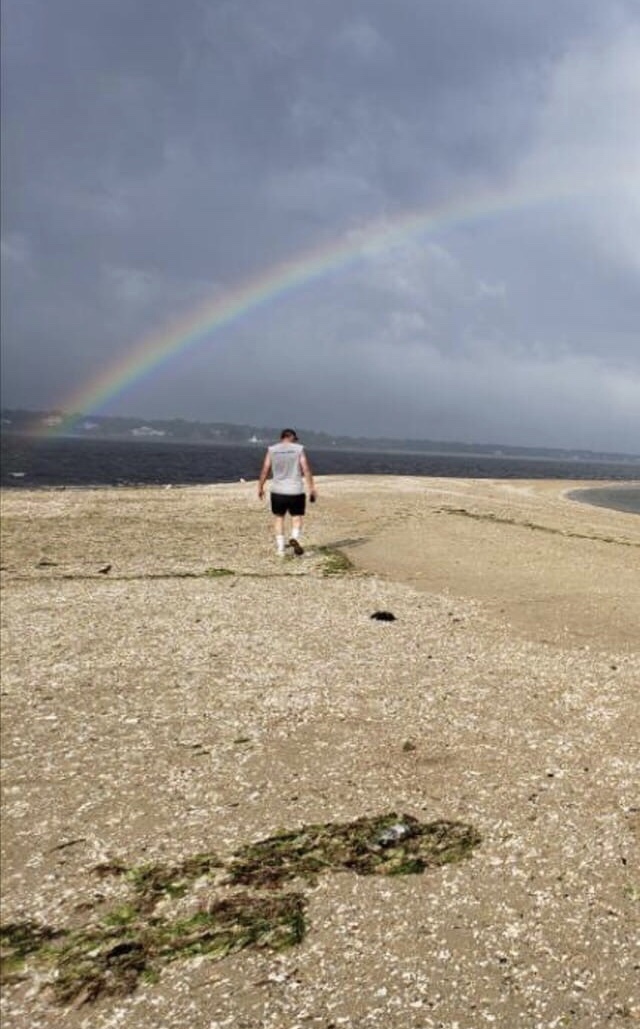 A meaningful life is not measured by fame or fortune, popularity or titles. It is measured by the happiness we create, the love we spread and the lives we touch. And I can’t think of a person who led a more meaningful existence than Uncle Joe.

First and foremost, Joe was a great father. Emily shared heartwarming stories that she remembers about her time with her Dad… from their trips to the library to rent 7 movies, one for each night, to practicing softball for hours and Joe chasing down her pet rabbit that always had a knack for escaping. And then those days, as a family, Joe, Diane and Emily spent hours making a snowman, playing Nintendo wii and watching “Impractical Jokers”… all the while, Emily and Diane were laughing more at the way Joe was laughing than the actual show itself. He was the kind of father we all need… selfless and kind, supportive and encouraging, trustworthy and patient. And Emily, he loved you more than anything in this world.

I think maybe, part of the reason Joe was such a great father to Emily was that he had some practice dealing with girls his whole life… three sisters will make anyone patient! From childhood all the way up until his last days, Joe looked out for them. Now, this is not to say he didn’t give his sisters a run for their money. He brought Laurie along golfing mostly so she could carry his clubs, told their Mom that Maureen was out with guys subsequently causing her to get in trouble when really she was out getting him a pizza and he even made the front page of the paper after knocking Pattie off a raft into the lake when he was 11 years old. But when I spoke to all three of them, Pattie, Laurie and Maureen all reminisced about how protective and attentive their brother was. Joe never minded sharing his birthday cake with Pattie, he taught Laurie how to fish and took Laurie and Maureen dancing.

Now, as you can imagine, growing up the only boy with three sisters had some perks… although she’ll deny it, Joe was Grandma’s favorite. As she refers to him, “My Joey” could do no wrong… even if that meant growing marijuana plants on the porch overlooking Chandler Street and having your mom water them because she thought they were marigolds! But despite his punk teenage years, Joe became a very sentimental person… he always called or texted his mom to check in. She specifically remembers his visit to the hospital after her lung surgery when Joe started crying as he told her how much he loved her. I don’t think Grandma could have asked for a better son.

Every kid needs an Uncle Joe to grow up with. A happy-go-lucky, get you into trouble and make you laugh until you cry kind of guy… my cousins and I are so fortunate to have had him in our lives. He’d shove our faces into our birthday cakes (despite how mad it made Grandma), place whoopee cushions on our chairs, sign the back of our scratch tickets, throw us up as high in the air as he could and we’d giggle as we landed with a big splash in the pool, buy us iguanas and always be sure to start the paper snowball fight on Christmas.

And, most importantly, he taught us to live life on the edge and not give a damn what everyone else thought. He’d show up to every occasion in jeans, a Red Sox or Patriots t-shirt and a Budweiser in hand… and his idea of changing was swapping out his baseball caps. One time, he found a box of fireworks at work and started lighting them off with Tommy and Danny… He passed one to Tommy saying, “hey, light this one… I don’t know what it does.” Well, let’s just say it was a firework for the professionals and exploded all over everyone. Another time, he took Derek and Curtis golfing… except they did more drinking than golfing and ended up getting kicked out for being too slow and rowdy. Amanda was at the casino celebrating her husband’s birthday when Uncle Joe invited them to the high rollers all you can eat buffet… the best of the best… the catch was only one could go because Uncle Joe was taking the other ticket. So Uncle Joe wined and dined Amanda while her husband stayed in the hotel on his own birthday.

Joe loved life. Every minute of it. He was a simple man who enjoyed the simple pleasures in life… the ocean, a campfire, a cold beer, good music and dancing, trips to the casino and most importantly his family and friends. He truly lived his life in the moment… he didn’t care if something was scary, he didn’t care what everyone else would think of him, he didn’t worry about the repercussions. If he felt something would be fun or make him or someone he loved happy, he did it… until his last day… with some of his final words being “Don’t be afraid of anything.”

If we could all take a piece of Joe’s gypsy soul going forward, maybe, just maybe it will make all of this tragedy and heartache a tiny bit easier… because in those final moments, he was doing something he wanted, on his terms, in true Joe fashion.

I know that somewhere amongst the clouds Uncle Joe has already cracked a Budweiser, cut a rug and laughed at us all down here for crying. How lucky we are to have known someone that makes saying goodbye so difficult. May you rest in the sweetest peace… you are as free as a bird now… until we meet again.

Living for these magical moments.
Forever chasing adventures with my two favorite humans. 🌎 Last stop: New Orleans.
You light up my whole world, kid.
My sweet boy.
I promise to give you a lifetime of adventures. 🌎
I love being your mom.
Loading Comments...
%d bloggers like this: